Key Point: In large breed dogs, medial patellar luxation may occur, in part, due to deformity (bowing and or twisting) of the distal femur.  When performed in conjunction with other procedures, distal femoral closing wedge osteotomy (or “DFO”) is a successful and repeatable component of surgical management.

Medial patellar luxation (MPL) is a common cause of hindlimb lameness in dogs.  Patellar luxation occurs most commonly due to malalignment along the pathway from quadriceps muscle through the patella and its insertion and on to the foot (otherwise know as the “extensor mechanism”).  This malalignment may be worsened by soft tissue imbalance and knee-joint instability, but often results, at least in part, from bony abnormalities of the limb including medial positioning of the patellar tendon insertion and bowing or twisting of the tibia and/or femur.

Surgical correction of medial patellar luxation may involve a number of procedures used to address the alignment of the extensor mechanism and deepen the groove at the lower part of the femur.  This has been traditionally accomplished by tibial tuberosity transposition, wedge or block trochleoplasty and procedures to balance soft tissue tension.  Re-luxation rates after traditional procedures are reported between 8% and 48% and may occur more commonly in large breed dogs.  In these breeds (and in smaller breeds as well), varus deformity (inward bowing) and twisting of the femur may significantly contribute to the development of medial patellar luxation and surgical correction of this deformity by corrective osteotomy of the femur may be indicated in order to increase the likelihood of a successful outcome.

In most dogs, a small amount of inward bowing of the femur (~4-8 degrees) is normal.  This angle, measured on the outside of the knee, is known as the aLDFA or “anatomic lateral distal femoral angle”.  Distal femoral osteotomy is considered when this angle is greater than ~14-16 degrees, but may be needed even when the angle is lower, if significant twisting of the femur is also present.  Most commonly, this is performed as a closing wedge procedure, by removal of a wedge of bone from the lower femur corresponding to the amount of correction needed and fixation with a bone plate.  Distal femoral osteotomy is sometimes performed alone, but is more often performed in conjunction with other procedures as determined by individual patient anatom.

In the study by Brower et al., the authors report the outcome following distal femoral closing wedge osteotomy, performed in conjunction with other procedures for the correction of medial patellar luxation in 55 dogs (66 limbs).  Dogs, presenting with grades 2-4 medial patellar luxation were evaluated with radiographs and/or CT of the hind limbs.  The most common breed in this population was the Labrador retriever (15%).  Prior to surgery, the varus angle (aLDFA) was measured at an average of 17 degrees.  Following distal femoral osteotomy, the postoperative angle was measured at an average of 4 degrees.  No dogs in this study experienced re-luxation of the patella and the overall complication rate was under 4%.  Follow-up questionnaires were conducted and nearly all owners reported a high rate of satisfaction with the outcome of surgery.

While this study was published more recently, it reports the outcome of distal femoral osteotomy procedures during the previous 15 years.  Over that time, distal femoral varus and torsional deformities have become well-recognized contributors to medial patellar luxation and correction is more commonly recommended.   At ACOSM, medial patellar luxation is approached in a stepwise fashion.  Evaluation begins with a consultation to discuss the condition and a thorough orthopedic examination including evaluation for concurrent cranial cruciate ligament rupture or evidence of hip dysplasia (both of which, may contribute to worsening of patellar instability).  The grade of luxation is determined and alignment of the limb is assessed.  Radiographs of both hind limbs are often performed, which allows for initial evaluation of femoral and tibial angulation and torsion.  A CT scan is recommended in cases of high-grade luxation or when deformity is suspected or identified on radiographs.  If distal femoral osteotomy is recommended, surgical planning is performed using reconstructed images from the CT scan.  Fixation of the femur after correction may involve the use of procedure or anatomy-specific bone plates or with an intramedullary nail.  Advancements in 3D modeling now allow for custom surgical planning using 3D printed models and surgical guides to enhance precision and reduce the risk of complications. 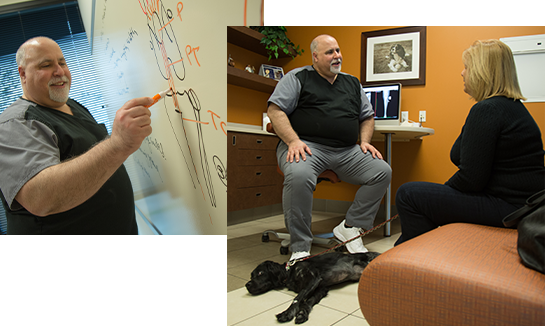 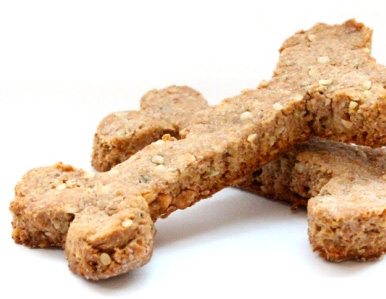